Take me out to the ballgame… but check the weather first.

Months ago, I acquired tickets to watch my hometown Tigers play the 2010 World Champion San Francisco Giants.  The Giants are my favorite National League baseball team, and if not for interleague play, I’d never have gotten to see them in person.  To satisfy hubby who’s itching to catch a foul ball, I sat us along the third base line.  I was particularly glad of this arrangement, as it got me closer to Cody Ross, one of my favorite Giants: 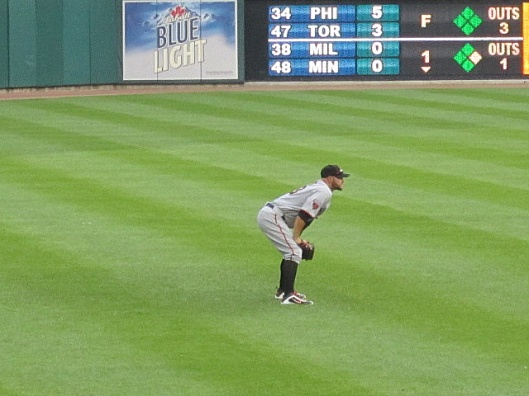 It had been beastly hot that day (July 2), as Michigan goes.  The announcer before the game told us our official temp at 7:00pm was 97 degrees.  We all cheered and congratulated ourselves on being such dedicated baseball fans (if not the sort of fan that cools the air.) 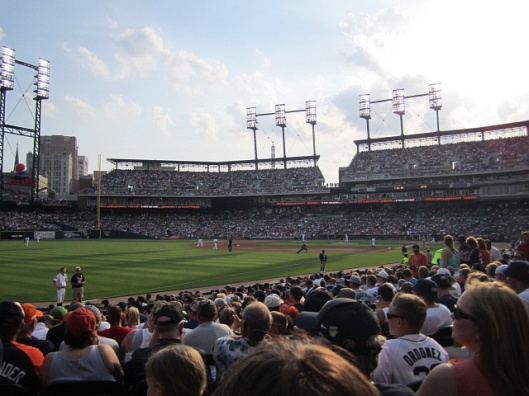 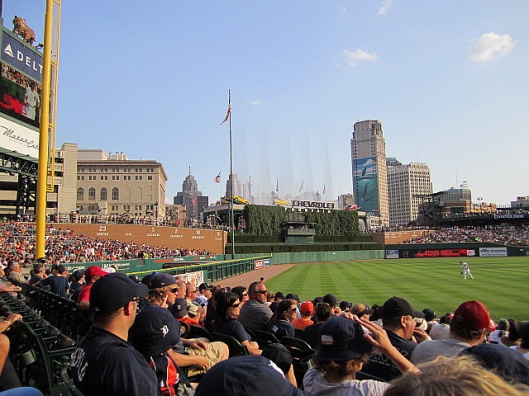 A trifle warm for an evening outdoors in a crowd, but otherwise enjoyable, really! And the fountains are pretty... 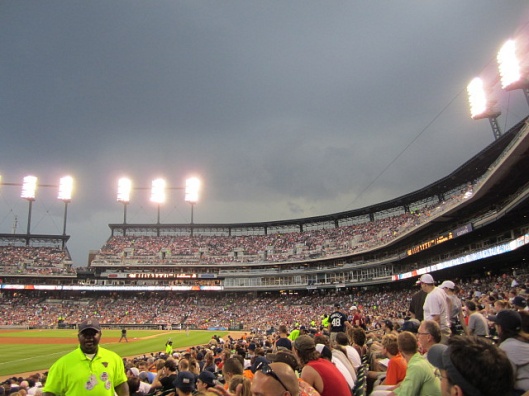 Hey, where did that cloud come from? Looks rather unfriendly, and wow, talk about outta the blue 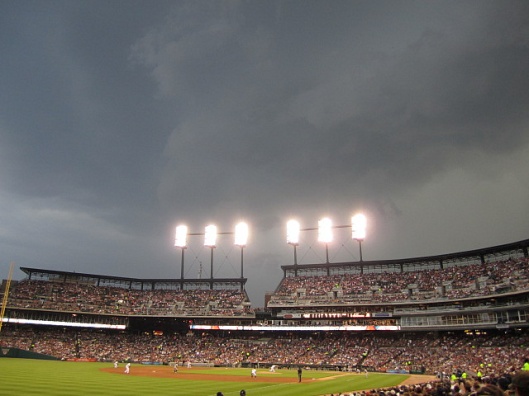 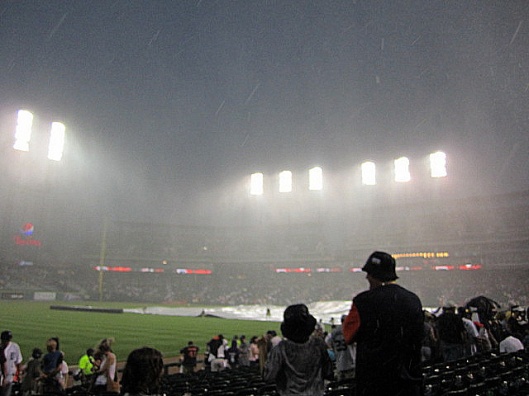 Did you feel a raindrop? Uh, never mind... I'll just pull out my poncho. Let everyone else run into the concourse! I am prepared. ;-p 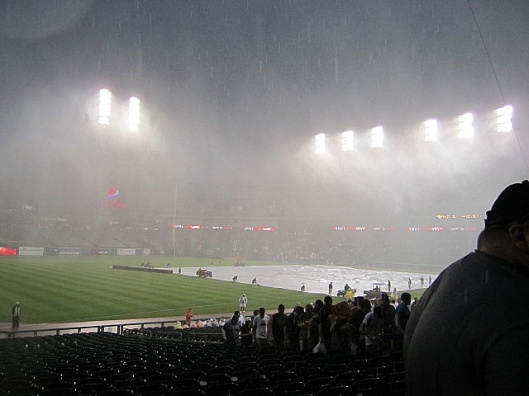 Too much wind and rain for the poncho... getting rid of my smug expression and running like everyone else! Plus, the lightning was getting a wee close for comfort. 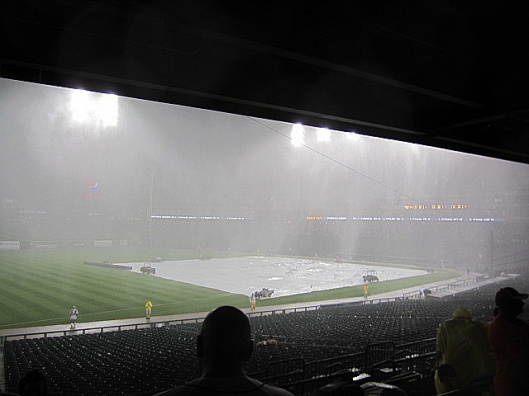 Hmmm, score is now 6-0... wouldn't it be great if the whole game got rained out and this one didn't count?? Crossing wet fingers... 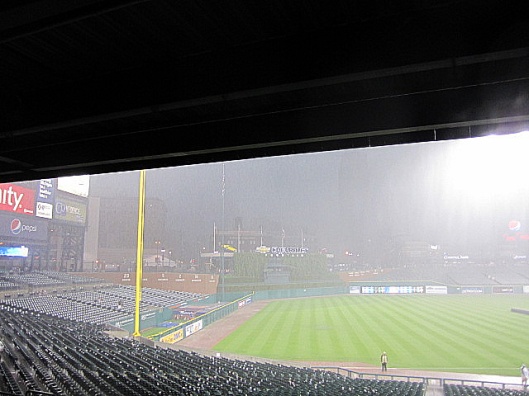 Black as night less than an hour after the game started. Toes are making squishy noises. Water is gushing down the steps like a waterfall. Poor crabby hubby is soaked from top to toe. No let-up yet in the storm, so time to leave...

We had apparently gotten rain at home as well, but by about 9:30, shortly after we arrived home, everything was glowing pink.  This picture is of the eastern sky: 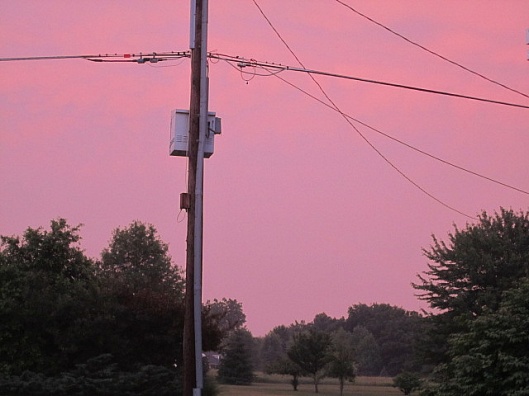 So, the garden was the Good (as noted yesterday), the baseball weather was the Bad.  The Ugly?  Final score, after play resumed at 10:45, 15-3, San Francisco.

2 thoughts on “Summer Stuff II ~ The Bad and the Ugly”