I was fortunate enough to grow up near the venerable Cranbrook Institute in Bloomfield Hills, Michigan. It’s hard to capture the nature of this facility within just the above two words because there is so much to its community and environs. Cranbrook et al. includes private schools, an art academy, a modern art museum, library, science institute (including planetarium and observatory), and the distinguished Cranbrook House and Gardens. Most grade school students anywhere in the metro Detroit area and anytime within the last forty years are likely to have spent several field trip outings here. I loved coming to this place alone during my angst-riddled teenage years, and beyond; walking the grounds was (and is) a lovely therapy, and I’d settle myself on a bench somewhere and work out my issues in my journal surrounded by peaceful beauty and a micro universe of culture.

I have rarely visited in recent years, since I’ve moved some distance away, but when my parents were in town recently for a visit, we thought it a proper destination for an early autumn day.

The first few shots show the building which houses the art museum and library. One passes the fountain created by the amazing Carl Milles, ascends past this building, and down through to the reflecting pool and rose garden beyond. This long, terraced landscape reminds me of something from Paris or Versailles, and is thickly flanked by chestnut trees. 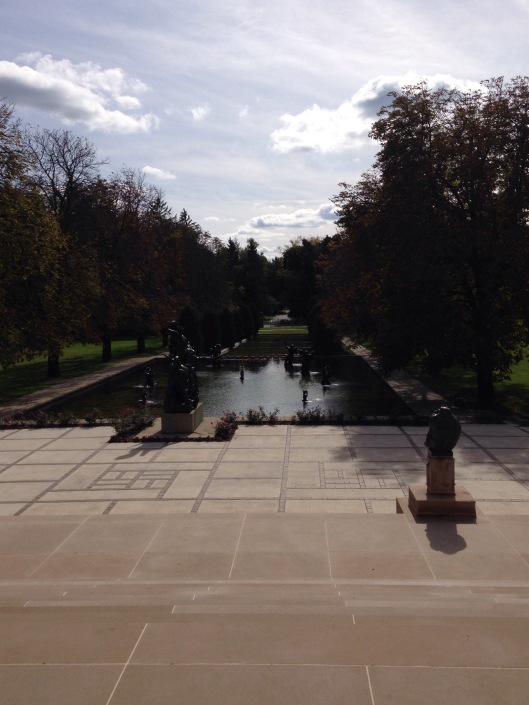 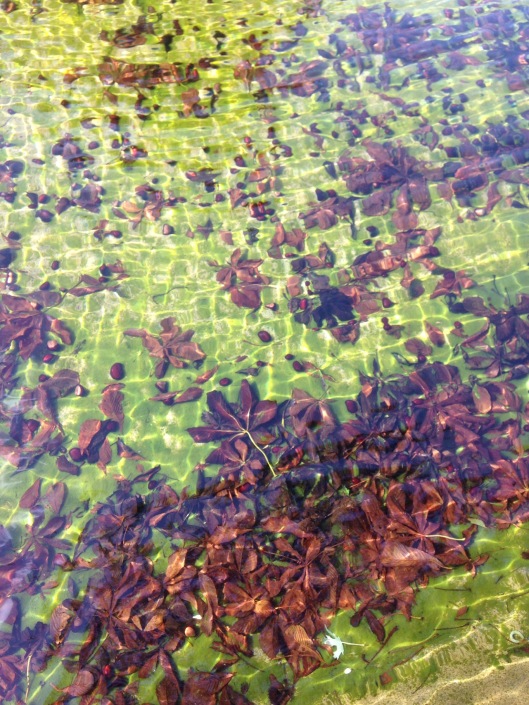 Next, we progressed to the Institute of Science. I knew it had changed substantially since my last visit years ago…new main entrance and the quaint, slightly dated exhibits and interactive stations of my youth replaced, but the room featuring gems and minerals was much as I remembered.

My father was hoping this amethyst geode remained at Cranbrook as he remembered it from his own youth. His 3 x 5 card gives an idea of its impressive size. What is more impressive is to learn that it was only a piece of a much larger geode found originally in Brazil…measuring in feet at about 33 x 17 x 10, and weighing in at 35 tons. This portion was donated to the institute in 1951.

We rather breezed through much of the science exhibits, which in spite of updating, retained the fun and tactile feel I recalled. (Sometimes I’m okay with change. But not often.)

I sort of liked this lumpy fellow, featured in an exhibit about Michigan’s State Rock, the Petoskey Stone.

Feeling peckish, we stopped at the cafe for snacks, while I enjoyed viewing the original main entrance…still dignified and adorned with a beautiful leafy ivy in flaming red.

Behind the main science building is a smaller structure used to host classes and workshops – currently featuring bats – and behind THAT… are the owls. Signs ask for quiet voices and this exhibit is surrounded by woods, so there’s a special feeling in approaching these amazing birds. We saw four or five owls of several varieties, but all the barriers made decent picture-taking a challenge. We tried anyway. 😉

It was a wonderful day to spend as a grown up little girl with my parents, and I’ll make it a priority to return soon. The House and Gardens come springtime will especially require my attention.