This small northern town on Lake Michigan has for as long as I can remember been called “Charlevoix the Beautiful.”  The slogan appears, no doubt courtesy of the local Chamber of Commerce and various bureaus of tourism, on T-shirts, postcards, road signs and so on.  And there is no getting around the appeal of the natural beauty of the water, beaches, distinguished homes (often the “cottages” of millionaires and the like), and the steady stream of marine traffic.  But what I especially like is a unique style of architecture that accentuates a number of properties, creations of one Mr. Earl Young (biography.)

His design philosophy appears to have been in agreement with Frank Lloyd Wright’s ideal that houses should appear to be an extension of their physical environments, using local natural materials wherever possible.  As Michigan is blessed with much stone and lumber, Mr. Young had quite a bit to work with and used it well.  But I believe he surpassed Wright’s organic aesthetic by infusing many of his creations with undeniable charm.

As a child, I often heard or read of his northern Michigan structures being described as mushroom houses, or fairy or elf homes.  After the cinematic rise of the “Lord of the Ring” franchise, the term Hobbit Houses also came into common use, and as a devout Tolkein fan, this works for me just fine. 😉

Here are a few pretties I snapped within a few blocks of each other: 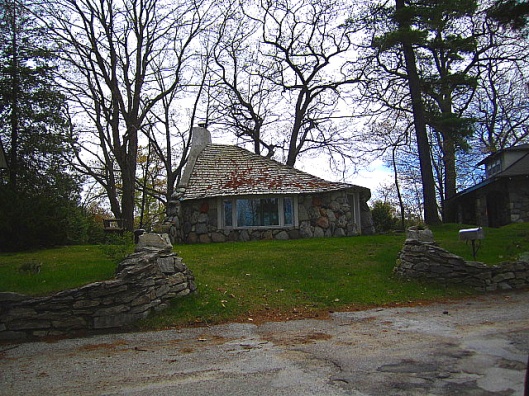 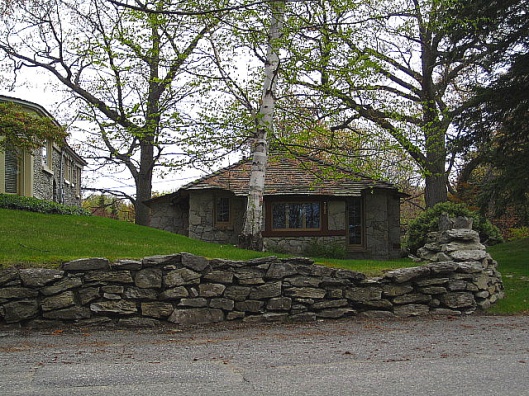 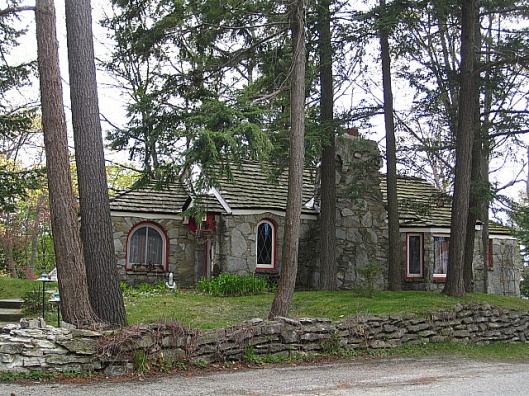 This picture I did not take myself (lifted from an article on Earl), but it shows how his brand of charm worked on a larger scale as well:

From the artistry of Jim Williams, another creation on Mackinac Island… Mr. Young did not confine his attention merely to Charlevoix:

Perhaps the flagship project in his career was the creation of the still-operating Weathervane Inn, which opened in 1955.  Even if one did not stop to explore “Charlevoix the Beautiful”, it is impossible not to notice this landmark posted so close to US-31 as one sweeps across the drawbridge. 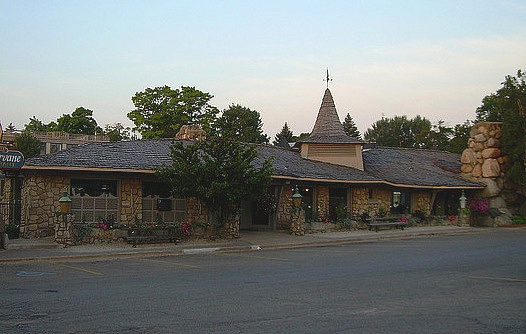 The restaurant portion of the inn – the channel which runs from Lake Michigan into town is behind here, giving diners a birds-eye view of marine traffic ranging from public ferries to yachts to cabin cruisers to the most unassuming small fishing craft.

Something of a “pièce de résistance” of the inn is the stone fireplace.

Mr. Young passed away in 1975 in my former hometown of East Jordan, and looking at the dates, I’d guess our lives there overlapped by maybe a year.  I wish I could have met him. 🙂